On the back wall, you can admire a wall painting which represents the old military airship airport of Ferrara and the church of S. Giorgio in the background. 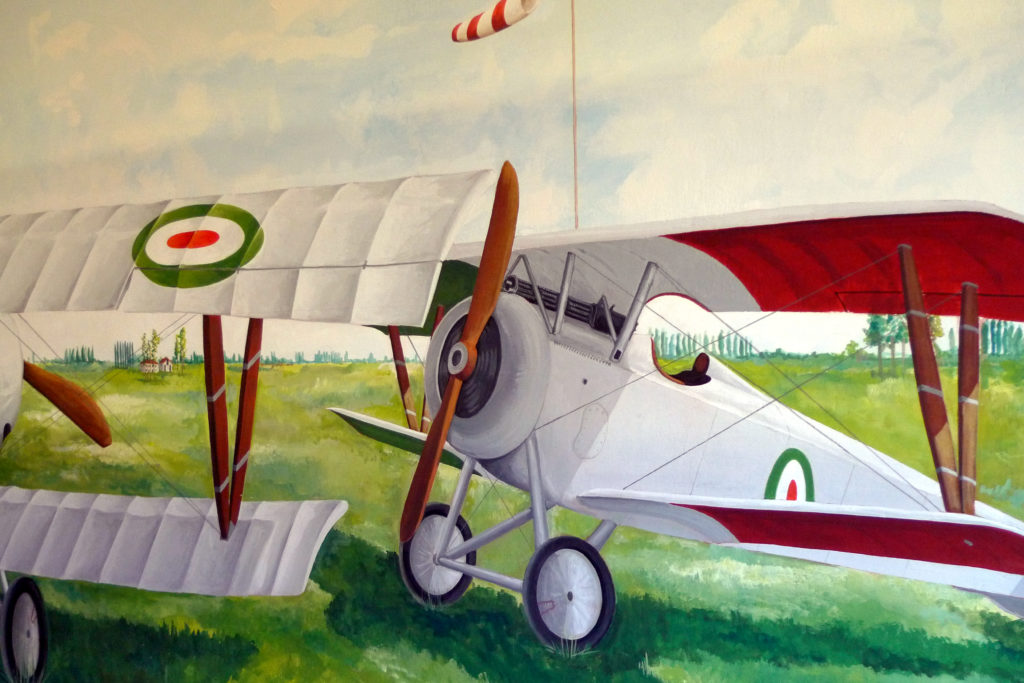 In the hangar we can glimpse part of the Ferrara airship, meanwhile in the foreground there are Newport escort planes. The historical importance of Ferrara as one of the major military airship airports of the XX century is often forgotten and underestimated.

We now draw your attention to two entirely self-built models. 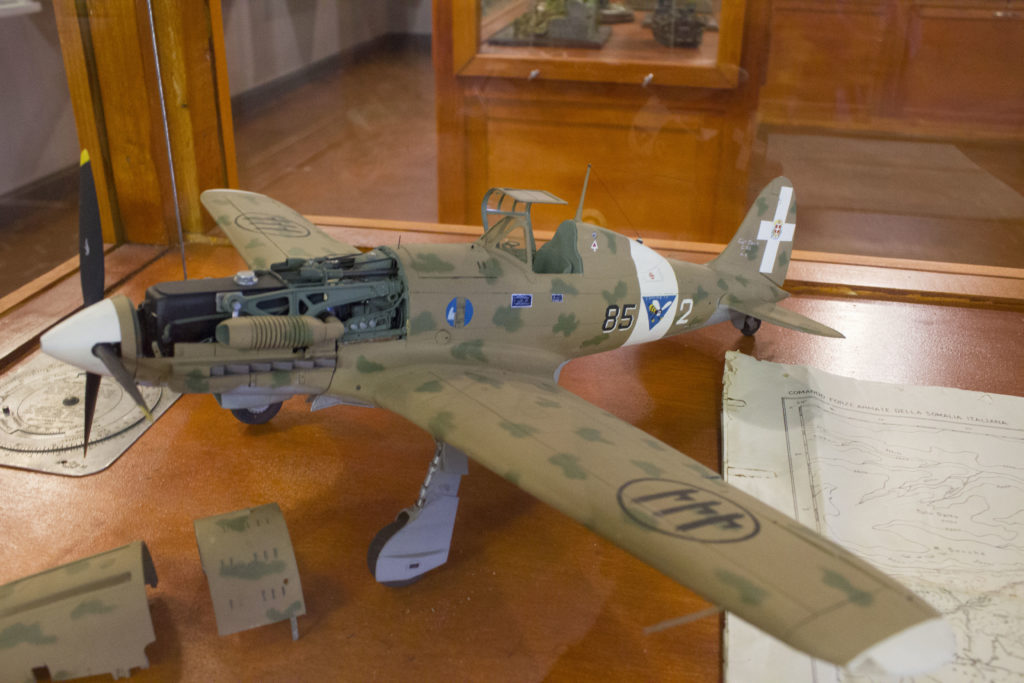 and a Fiat G55 airplane. 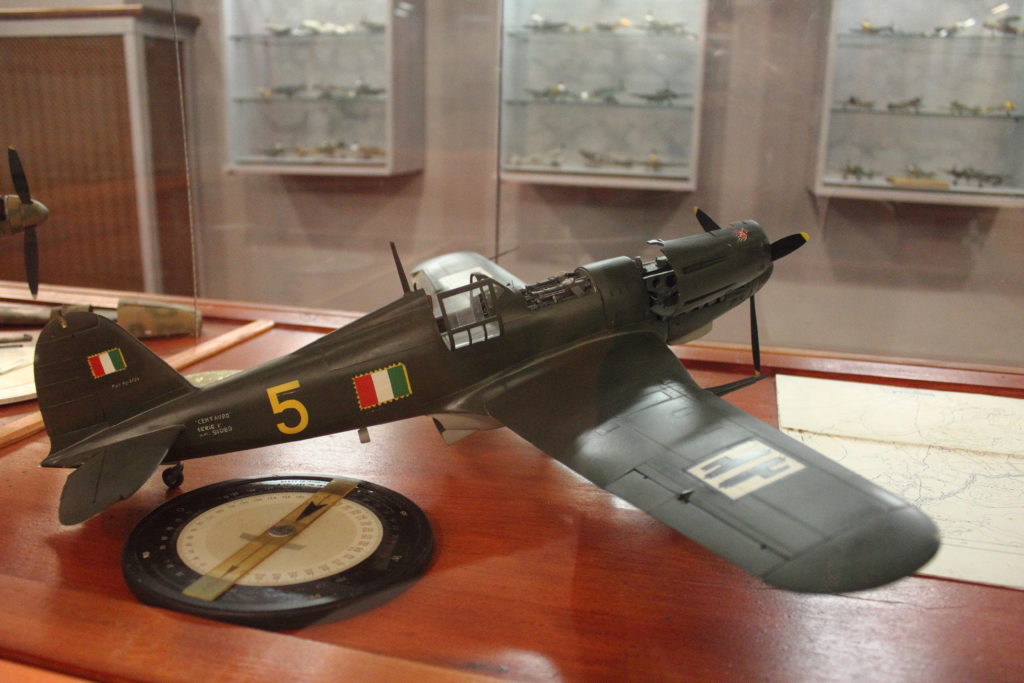 These  Macchi 202 and a Fiat G55 model were built based on original drawings and made of plasticard, in other words, styrene sheets of various thickness, appropriately cut and shaped.

In the largest wall showcase you can see the crazy vehicles created for the German air force at the end of WWII. At the time, it was thought to oppose the advance of the allies with bizarre inventions  like sharp-winged planes to saw the wings of the enemy planes; wire-guided missiles to knock down the incoming bombers; strange hybrids between missiles and airplanes launched from ramps that, we can dare to say, had to be driven only by mad men.

In the showcase you see in front of you as you enter, you will see ‘Lo Sparviero’. This model, built by one of the members of the museum, won the world title in the aircraft section during the world modeling championship, which was held in Rome in 2002. It is a work of the utmost precision, in fact the whole framework is in heat-sealed brass rod.

The Sparviero is actually the Savoia Marchetti S.M.79 plane, also known as the “Cursed Hunchback”. For a long time, it was considered the fastest plane in the world. It was built in canvas, wood and a little metal and therefore it was difficult to destroy. Many repairs, needed because of  the blows received, were carried out in flight. It was powered by three radial engines, first Piaggio then Alfa Romeo. This plane had many purposes: its civilian version was used for fast transport, and then it was used as a record plane, a reconnaissance aircraft, a bomber and torpedo aircraft. It was the most produced Italian aircraft over the past years. The long history of this vehicle ended in Lebanon, which bought the last remaining examples in 1959.

In the same showcase, you can admire another flagship of the Italian Air Force, the seaplane piloted by the Marshal Francesco Agello. 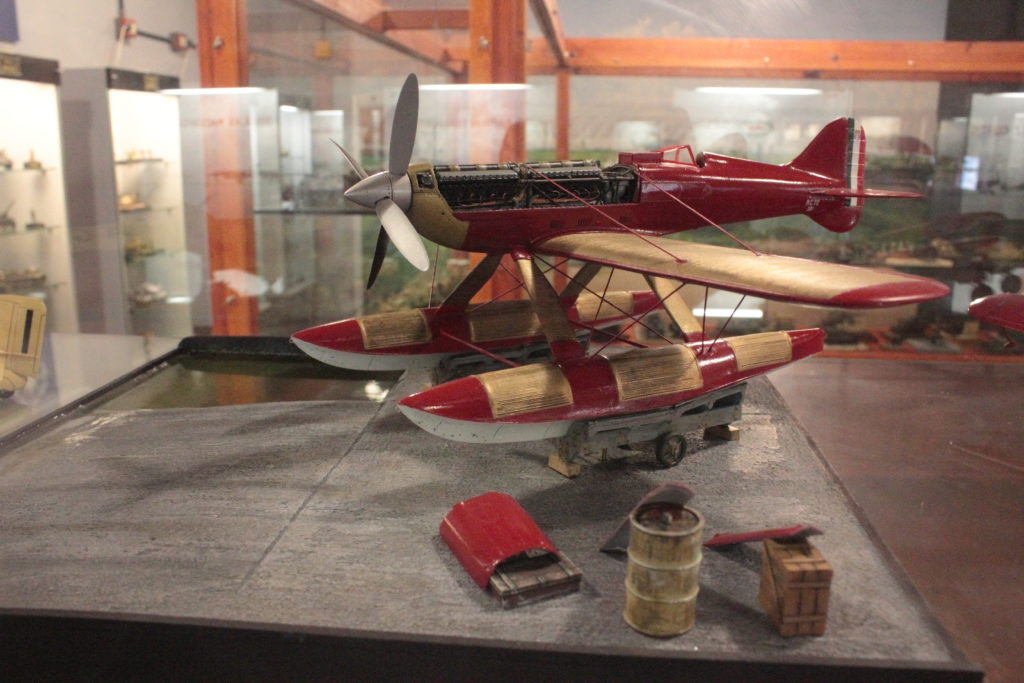 Created in 1930 at the R.A.V. (Reparto Alta Velocità) in Desenzano del Garda, this aircraft achieved an incredible speed record in 1934, reaching 700 km / h.  This was the result of an ingenious technical solution for those times: the use of two FIAT AS.5 engines that powered two counter-rotating axial propellers

In the other showcase you can admire a large number of dioramas and models of tanks and other armored vehicles dating back mainly to the Second World War. 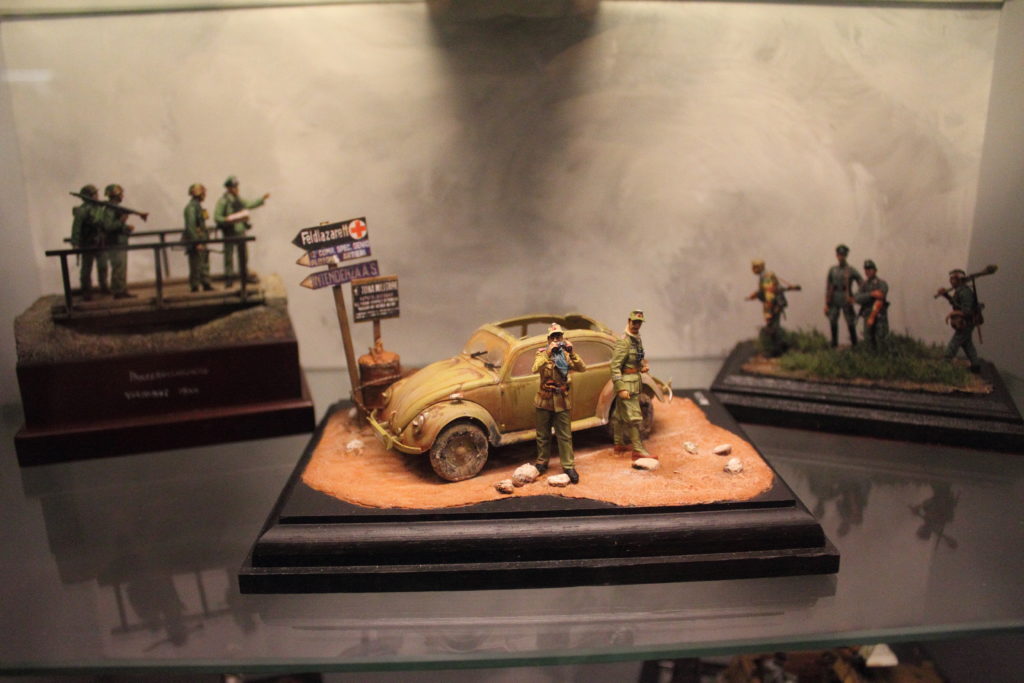 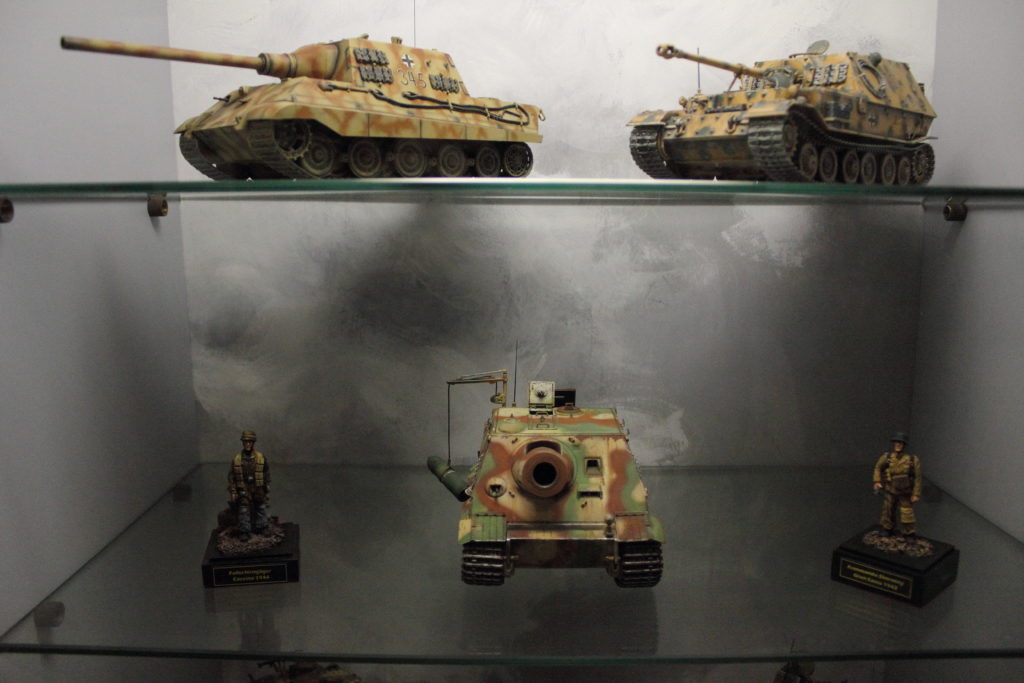 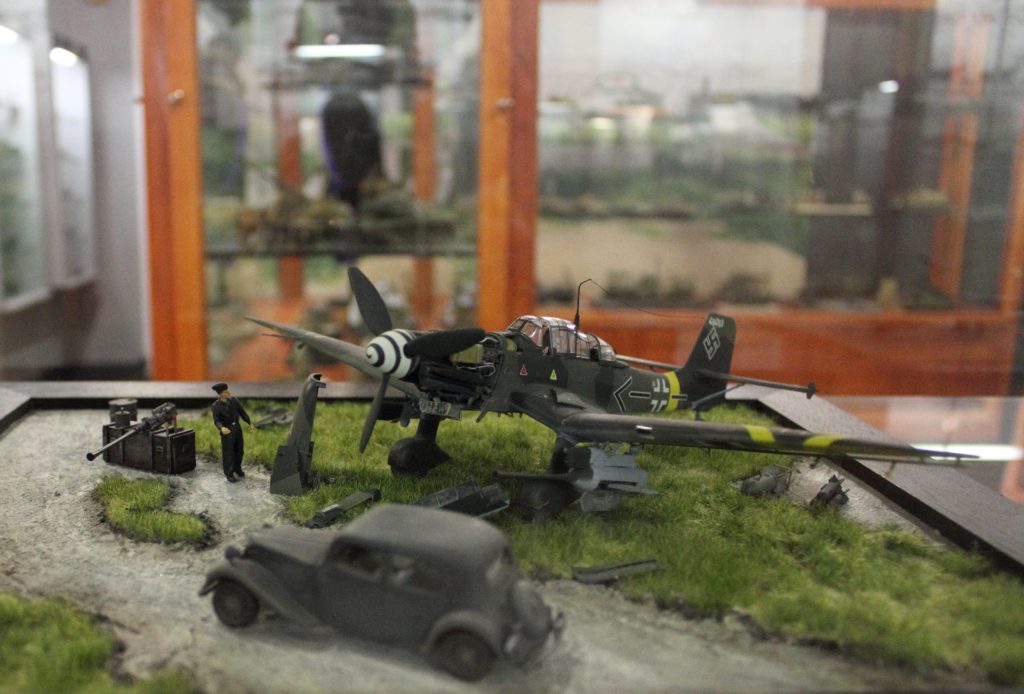 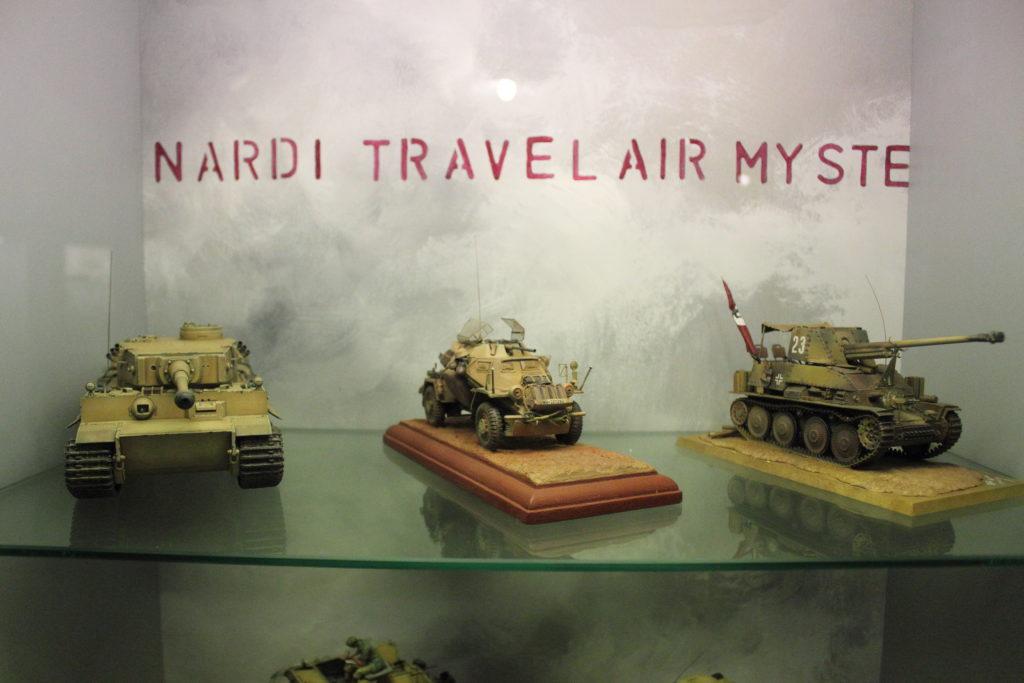 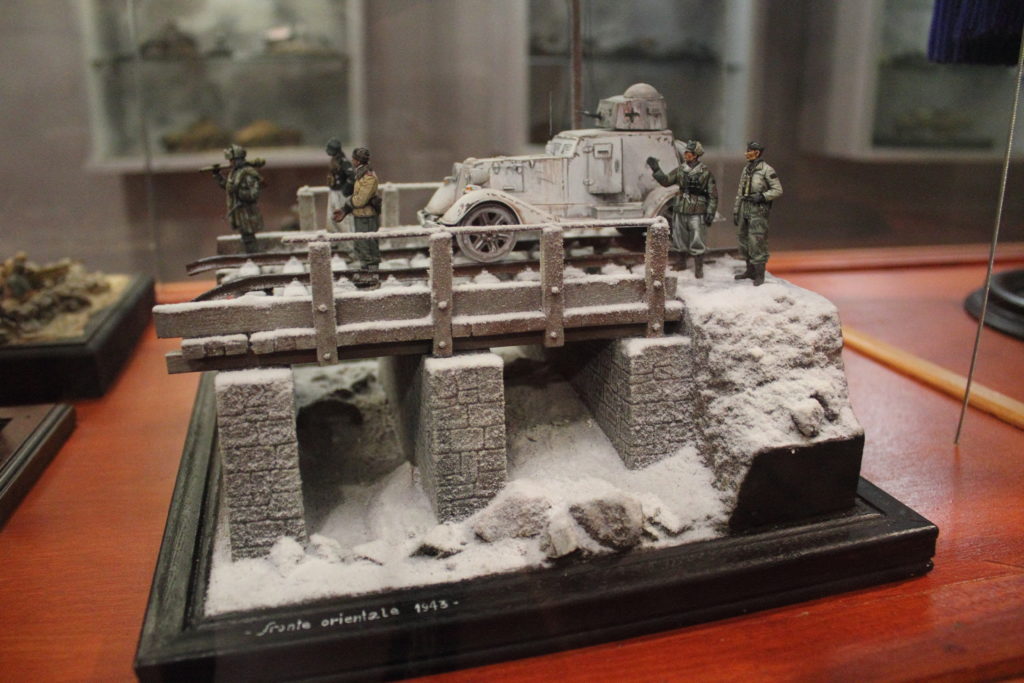 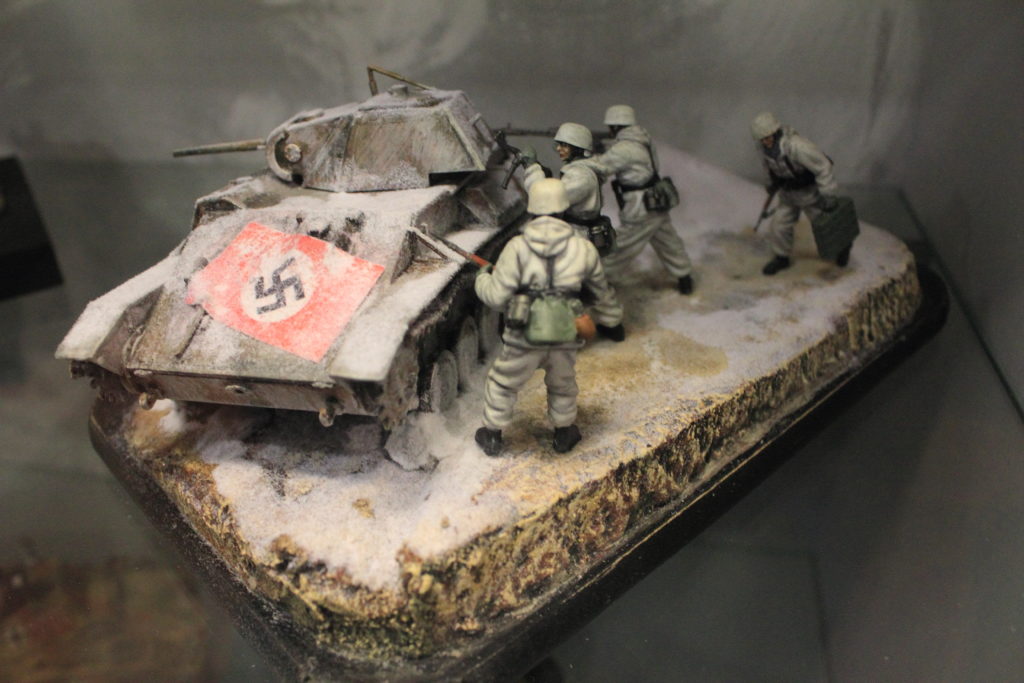 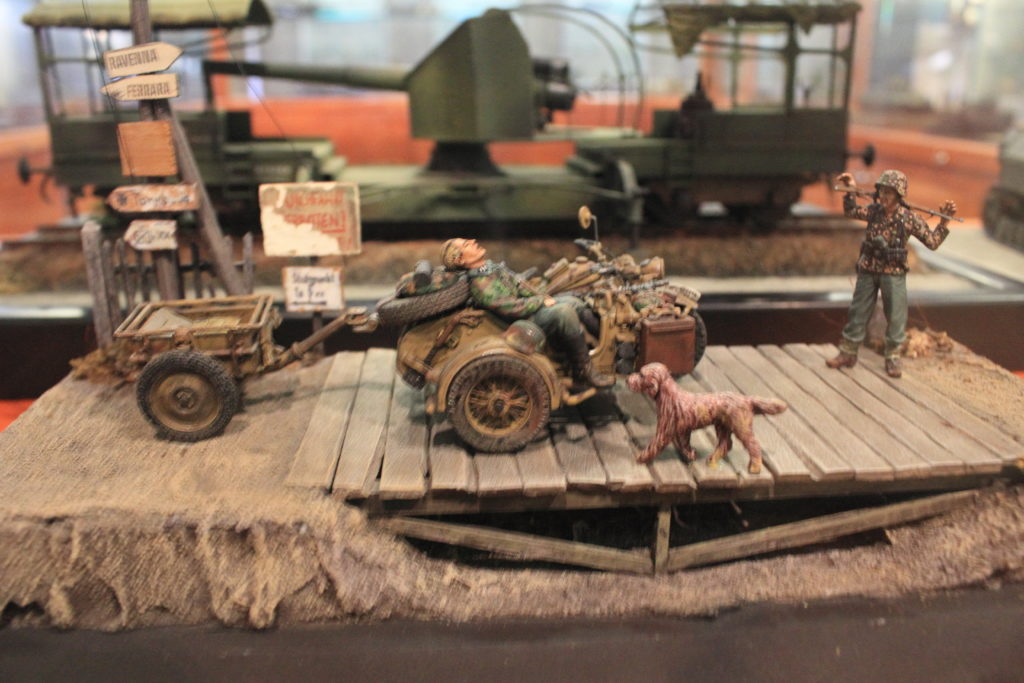